Men’s Unique Stressors During the Pandemic: What is the Problem and What Are the Answers? 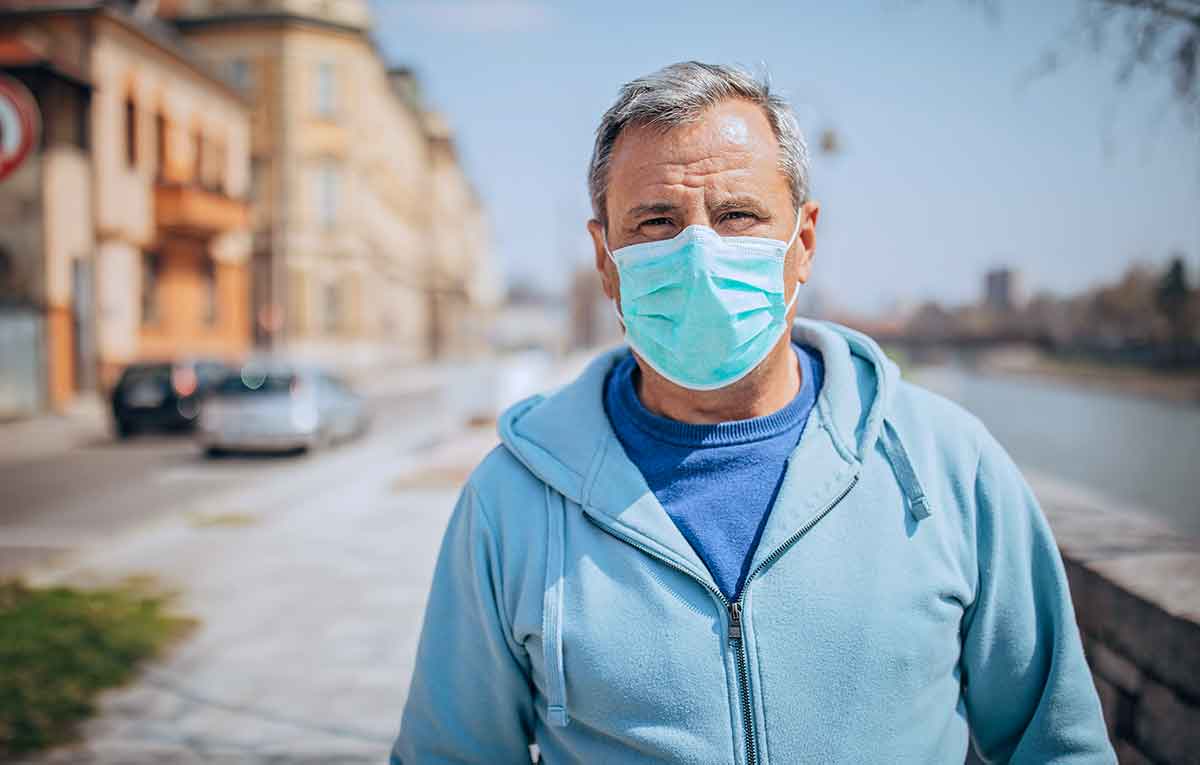 “Sorry, we gotta let you go.” Those are words no one wants to hear. The COVID-19 pandemic has resulted in millions of people losing their jobs and along with it their main source of income. However, for some men, it is more than just money. It is a crucial part of their identity; it is what makes them who they are. Some believe that a man’s job defines his purpose, his skills, and his contributions to the community and his family. In fact, occupation plays a massive role in our lives in general. When we were children we were often asked, “What do you want to be when you grow up?”. When we are at a party and we want to get to know someone, the first thing we often ask is, “So, what do you do?”. The concept of work is woven into the very fabric of our society. Men in particular have long been the sole breadwinners of America; but that has been changing since the feminist movement of the late 1960’s empowered women to enter the workplace in droves. As a result, the fabric of society has been rewoven; the working role, which was once almost exclusively given to men, has now grown to encompass women. The traditional idea of men being the sole breadwinners of a household is fading. These days, there are more dual income households and stay-at-home dads than ever before, but are men ready for what this change requires?

The COVID-19 pandemic has left many men unemployed and quarantining at home with their families. Perhaps their wives or female housemates, who are leading in occupations like health care, education, and office work, are hard at work while their male counterparts stay home. Perhaps these men now feel pressure to cook, clean, and take care of the children. While it is true that many households no longer have a single earner, women still fulfill many of the domestic roles in addition to their jobs. With many men having time on their hands, are they taking up the proverbial torch? Some say no, and for a couple of reasons. One reason has to do with how a person’s occupation can contribute strongly to their identity. In fact, the role of ‘worker’ can be so strong that some men who are now jobless often don’t know who they should be. If they are not fulfilling their occupational role, then what are they supposed to be doing?

This identity crisis can lead to a host of problems such as anxiety, depression, hopelessness, and substance use. Indeed, in the wake of the pandemic, we have seen a rise in alcohol and other drug use, especially among men. The identity of men is an important factor to consider when trying to understand how men are responding to the pandemic, and also how they are not responding. The masculine identity is rigorously honed and shaped throughout years of gender socialization going back to early childhood. As a result, many men believe that they have few options for how they can think, feel, and act. Emotions like fear, anxiety, sadness, shame, and guilt are often pushed to the side, because these emotions violate the masculine code. Furthermore, men are expected to always make work a priority, financially provide for others, be assertive, and never ask for help. As a result, taking care of the children, cleaning the house, and not contributing to the family income can leave many feeling like ‘lesser’ men.

Put another way, the reason why many men might not have ‘stepped up to the plate’ at home, comes from the ideals of masculinity and the stigma surrounding child-care and family work. Such domestic labor has never been a glamorous or fulfilling line of work; it is unpaid, often unappreciated, and you never clock out for the day. For some men, there is a belief that doing domestic labor will reduce them to a hollow shell of their former selves; that some of their masculine identity and status (their ‘man card,’ if you will) may be lost or worse, be replaced with a feminine one. In the face of this, some men may dig their heels in when asked to take on household duties. Men might even notice that they experience a myriad of negative emotions about their new situation in life: resentment about not having a real man’s job; frustration, simply because child-care can often be very frustrating work; or the shame of feeling inadequate at not being good enough in performing their new roles. Their identity as men, already damaged from the loss of their job, is now seemingly under fire at home. Some men may not be prepared to face these troubling feelings, may have not been raised with the necessary skills to examine their emotions and manage them in healthy ways, and may not feel that they have the option to be more flexible with their masculine self-image. While variations on these themes might be the case for many men, it does not have to be the final result.

It is possible to be a stay-at-home dad, co-parenting husband, or housemate and still be a man. It is possible to fulfill the need to provide for your family by giving them meals, affection, and the stability of being home rather than providing through solely financial means. Men could use this opportunity to work on refining their masculine identity, to be more flexible in their own definition of what it means to be a man. After all, many men learned ‘how to be a man’ as boys, often beginning in elementary school, and often from other boys who tended to police their classmates for any infractions from the masculine norms. Doesn’t it make sense now that you are an established adult with a partner, children, and a vocation that has been temporarily waylaid through no fault of your own, to thoughtfully reconsider what kind of man you now want to be? Some things that are worth thinking about are expressing emotions, seeking help from others, and replacing aggression with compassion.

Let’s focus in on expressing emotions here. Think back to when you, or some other man you know, was a child. Most boys were raised to conform to traditional masculine norms, one of which is the restriction of the expression of emotions. Not all emotions—anger and aggression are permitted, even encouraged. But certainly vulnerable emotions like fear and sadness, as in “boys don’t cry.” And boys are even made to feel ashamed of expressing caring and connection emotions. If they are too close to their mothers, they risk being called a ‘mama’s boy.’ And boys certainly can’t express affection to another boy, lest they be accused of being gay. Not girls either, because (as every boy knows) they have ‘cooties.’ And finally, by the time a boy goes to school, fathers have traditionally stopped hugging and kissing them under the mistaken belief that if they continue being affectionate, they will emasculate or feminize their sons. So, boys learn to not express any emotion except anger. They also learn to transform their vulnerable emotions into anger and aggression, as when a boy is shoved down on the playground, he knows that if he comes up with face full of tears he will get a worse beating. So, he takes all that fear, sadness, shame and any other vulnerable emotions, and balls them into a fist, which he comes up swinging. Recently there was a meme going around on the internet, which showed a boy of about 8-10 years old slumped in a stairwell, crying. The caption read: if someone had shown this boy some empathy and compassion, rather than humiliating him for crying, there would be one less angry man in the world a decade from now.

These days, we have provided counseling to men who were reared to conform to masculine norms, and who not only had difficulty expressing emotions, but some of them could not even put their emotions into words – they had difficulty identifying what emotion or emotions they were experiencing and describing them. This robbed these men of one of life’s most effective means for dealing with stress—namely talking with a trusted person about what is bothering you, and maybe even expressing some of those pent-up emotions, crying even. Yes crying. Men have the same tear ducts that women do, and it is well-known that crying is one of the best ways to relieve sadness and purge stress built up in the body. Not having the ability to identify and describe emotions and express them, some men are limited to less healthy ways of dealing with the high levels of stress of our moment in time, such as getting into arguments and fights, drinking, and watching porn. And we have also seen what happens when a man decides to revise his self-definition of what it means to be a man, to overrule harsh lessons learned in childhood, often through being shamed or even beaten. Such men not only deal with stress better and resolve whatever problems they might have accrued, whether it be drinking too much or risky driving, but they also learn to open up their hearts to their families and, as a result, feel closer and more connected to their spouses and children. Isn’t it about time that you took a long hard look at your own self-definition of masculinity? 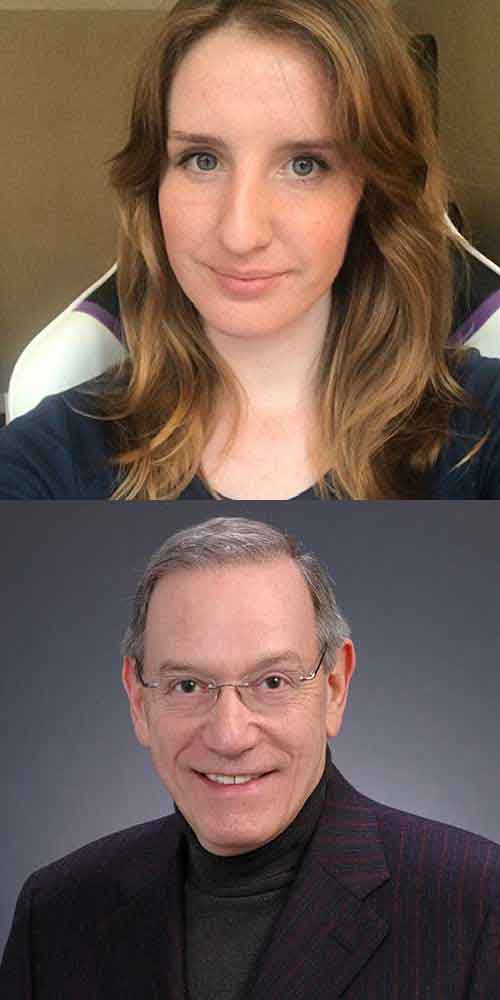 Shana Pryor, MA, is a doctoral student of Counseling Psychology at The University of Akron. She has spent the majority of her career focusing on issues surrounding men, masculinity, and sexual trauma. She is now working on issues related to men, compassion, and shame. She is looking forward to the academic and clinical road ahead.

Ronald F. Levant, EdD, MBA, ABPP, is Professor Emeritus of Psychology at The University of Akron; Past President of the American Psychological Association (APA) and APA Division 51, the Society for the Psychological Study of  Men and Masculinities; and two-term Editor of APA Division 51’s quarterly journal, Psychology of Men & Masculinities. He is widely considered one of the key people responsible for creating the new field of the psychology of men and masculinities.

Find a Psychologist for Individual Therapy

The Psychological Upheaval of a Pandemic