Featured Organization: Give an Hour, A Nation Becoming Aware of a Problem 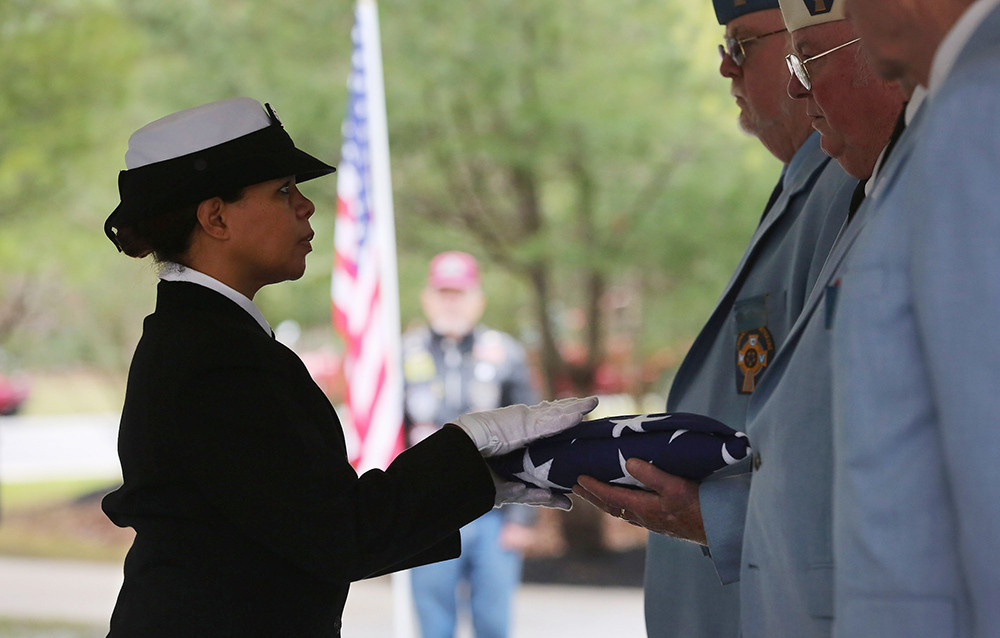 In 2005 the Iraq war was in its third year and stories of veterans with post-traumatic stress disorder (PTSD) and traumatic brain injuries (TBI) were appearing in mainstream media. The mental health community was not surprised at the war’s psychological toll on service members and their families – the Vietnam War left a generation of veterans psychologically damaged – but the lack of resources to respond to this growing need was alarming. Few in the Department of Defense (DOD) anticipated the impact on service members deployed for two, three, four, or more tours.

In June 2005, an Iraq veteran returned home with severe symptoms of PTSD. He had served honorably and was highly regarded by his peers and superiors, but soon after his return home he began experiencing symptoms that unfortunately no one recognized as combat-related. He was intensely depressed and anxious, irritable, at times aggressive, and had trouble controlling his impulses. He described walking into a convenience store and arguing with the owner. He explained his urge to kill the owner and the horror he felt at the intensity of the urge. His marriage fell apart, he lost his wife and his kids, and unable to work, he lost his home and was forced to live out of his car. Fortunately, a program identified the veteran as suffering from PTSD and began helping him rebuild his life. Once he received a proper diagnosis and appropriate treatment, he was better able to manage his symptoms. He reunited with his wife and kids.

As a psychologist reading this and many similar stories, I was deeply concerned that veterans of the current conflicts were not receiving adequate care for their psychological injuries. I did some serious reflecting on the plight of service members and veterans in this country. I learned that hundreds of thousands of men and women had been deployed, and many had already done multiple tours of duty. 18 percent of those deployed suffer from severe depression or post-traumatic stress, and 19 percent have suffered a traumatic brain injury; of these, only about half have sought treatment. Rates of suicide and homelessness have soared. As child psychologist, I was also concerned about the impact of these invisible injuries on the spouses and children of veterans.
Couldn’t the civilian mental health community play a role? I reasoned that many psychologists probably felt the same way I did – bothered by the reports they heard, aware that a tidal wave of need was coming, knowing that they had important skills to offer, but unsure of how to help.

Approach to Serving Veterans of Iraq and Afghanistan

Many volunteer-based organizations serve those in need, but few offer opportunities for professionals like psychologists, psychiatrists, social workers, pastoral counselors, marriage and family therapists, licensed professional counselors, substance abuse counselors, and psychiatric nurses to use their specific skills and expertise to assist a group or community on a regular basis. The psychological consequences of the wars in Iraq and Afghanistan on returning troops and their families demanded an organization to mobilize civilian mental health professionals in the United States. Give an Hour (GAH) was created to provide a mechanism for all mental health professionals to contribute their specific abilities.

Unlike other mental health efforts to provide services for underserved populations, GAH does not operate as a clinic or treatment facility. It does not screen those who seek care, nor does it attempt to match providers with those seeking service. GAH staff regularly assist military visitors in their effort to locate providers for themselves or loved ones, but many returning troops and family members locate providers on their own through the GAH website.  The GAH approach is to encourage mental health professionals to register and list their skills and areas of expertise. Once their licensure is verified, they are added to the network.

GAH provides mental health care and support to service personnel – active duty, National Guard, Reservists, veterans – and to their families. The organization is designed to complement Department of Defense and Veterans Administration health care delivery by serving veterans and their families no longer eligible for military health care; non-eligible siblings, parents, fiancées, partners, and other loved ones; and those seeking care outside the current system. GAH’s services are particularly valuable to families who live in areas that are not near military bases or VA facilities.  As one wise retired officer said, “treat a family, heal a soldier.”

An important development occurred in the focus of these efforts soon after GAH began providing mental health services to military families. As I discussed GAH with community leaders, it became clear that many in the Unites States knew little about the real issues coming home with returning troops and their families.

Not only were communities ill prepared in terms of coordinating services for those coming home, many did not have the proper information necessary to develop programs or facilitate care. So in addition to providing direct service, GAH volunteers now offer consultation to employers, first-responders, schools, and other veterans service organizations; in-service training to counseling centers; and outreach services to educate the larger community about issues affecting the health of our veterans and their families and to diminish the stigma associated with needing and seeking psychological treatment.

GAH now has active partnerships with over 40 organizations ranging from the American Red Cross and BigBrothers/BigSisters to ServiceNation and Tragedy Assistance Program for Survivors. GAH is also endorsed by all the major national mental health associations.

I had no experience with the philanthropic community and assumed that it would be relatively easy to get funding. In the summer of 2007, I met with an organization called the Coalition to Salute America’s Heroes. This organization’s mission was to provide support for military personnel and their families. They were impressed with GAH’s mission and vision and awarded GAH an initial grant of $110,000 for infrastructure development and operating expenses. This initial grant made GAH a legitimate – though fledgling – organization. This led to invitations for meetings at the DOD and the VA. The organization now had materials to distribute, a Web site, and a small staff. It began offering free mental health services to returning troops and their families in July 2007.

If the original grant of $110,000 made GAH legitimate, the $1 million grant the organization received from the Eli Lilly & Company Foundation in May of 2008 made it significant – and allowed GAH to grow in concept and organization. In the spring of 2008 the GAH network had approximately 1,200 providers who had given approximately 1,000 hours of service to returning troops, their families, and their communities. It was the philanthropic arm of the American Psychiatric Association (APA) that GAH partnered with to receive the $1 million grant from Lilly. As a result of this relationship, GAH became a major voice in the conversation about the mental health care of returning troops and their families. By May of 2010, the GAH network had grown to over 5,000 mental health professionals who had given nearly 28,000 hours of service.

Give an Hour has become a respected and influential national presence and its volunteer professionals have provided thousands of hours of education and outreach across the United States. It has mobilized civilian constituencies, built alliances with every major mental health organization, and established relationships with federal and state government agencies, and worked to diminish the stigma associated with mental health care in the military. Most important, it has and will continue to provide the mental health care the men, women, and families who serve our country so desperately need and deserve.

So how do those in need of care find GAH? A tremendous amount of time and effort goes into outreach and education campaigns through major media outlets such as TIME, Newsweek, USA Today, NBC, ABC, CNN, and more.  As a result, many service members and their families hear or see a mention of GAH and visit the Web site at www.giveanhour.org for more information.

Dr. Van Dahlen is the President of Give an Hour.
Give an Hour (GAH) has become a respected and influential national presence and its volunteer professionals have provided thousands of hours of education and outreach across the United States. GAH is a national nonprofit organization that provides free mental health services to U.S. military troops, their families, and their communities and evolved as a response to the mental health consequences of the wars in Iraq and Afghanistan.

Yoga as a Mechanism for Moderating PTSD and C-PTSD Symptoms

What is Post-Traumatic Growth (PTG)?

Can There Be Growth After Trauma?

U.S. Department of Veterans Affairs Resources for Veterans and Their Families