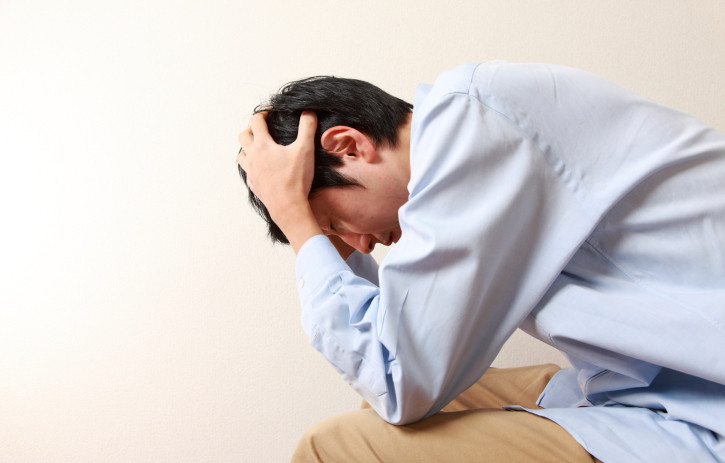 Fear is without a doubt a world-class attention grabber. And in 1999 it had me glued to myself.

After experiencing my first panic attack, I spent several months possessed by worry. I became a gutless, whimpering victim of anxiety. And all this happened to me before cable modems became standard household equipment, preventing me from gleaning even basic information about my symptoms with any kind of efficiency.

So I did the only thing I could think of – nothing. I ended up emotionally paralyzed and utterly hopeless for years after that first panic attack.

The good news is that eventually I recovered. And even better, I want to share with you the most important lesson I learned during my decade long struggle with abnormal anxiety.

The usual thing to say about treating abnormal anxiety is this: See a medical doctor and then a therapist; and you know what? I consider this to be solid advice all the way around.

The problem is that this course of action makes so much sense that few people listen to it. It’s a baffling response rooted in confusion, fear and ignorance. So most people struck by anxiety do nothing, or half of something, and keep their eyes shut tight while they hope for the worst.

Now when I say hope I guess I mean expect, but anxious people anticipate their demise so much that it can resemble hope. A kind of sick anticipation loaded with strange thoughts, ‘what if’ scenarios, and a brand of exhaustion that doesn’t lend itself to balanced thinking.

Before long worry gets wrapped tightly around your gray matter, where it stays, squeezing every ounce of good sense you ever had right out of your head.

The worry isn’t random though. It’s fueled by anxiety symptoms and the wonderful mental playground known as assumption. That is, most people assume that the symptoms they so often worry about signal the start of an illness that will be too overwhelming for them to handle.

And once they reach this point many commence the delicate construction of sand castles in the sky, which sustains bewilderment and an extraordinary level of fear.

But why does this happen?

Well, here’s one theory. Abnormal anxiety tickles the fear centers of the brain causing a release of stress hormones into the blood stream, which can unsettle the heart, lungs, sweat glands and above all the mind. But when someone is battered by palpitations, hurried breathing and sweaty palms their first thought isn’t going to be “Damn you cortisol!”

The anxious mind is far more likely to shove an accusatory finger into the chest of heart disease, cancer, or some other horrible condition like multiple sclerosis.

To make things even worse, anxious people often join forces on the internet (mostly in times of crisis) to swap stories about this or that symptom in an effort to tame their over stimulated nervous system and the hot thoughts that come with it. The problem is that people frequently run into spine-chilling half truths that cause an existing fear to splinter and grow.

Others avoid the wasteland of bad internet information but with limited success. After they muster the courage to see a medical doctor, and get poked and scanned, most are told that everything is fine, but the reassurance they purchased quickly evaporates and the cycle begins anew.

I started out like this myself. And after years of filling my brain with misinformation I learned something vital, which is this: in order to reduce high anxiety you must thoroughly educate yourself about the right stuff.

While you reach out to qualified healthcare professionals to help guide you through the recovery process, you must learn about the mechanics, the basic details, of your anxiety symptoms rather than going out of your way to associate your symptoms with disease.

In that regard, if you ever find yourself speculating a lot, or experience thoughts that begin with “What if,” stop. This is a hint that you need to redirect your attention to a more constructive activity.  This, incidentally, is the part a good therapist can help you with.

Once you demystify your symptoms positive change is all but inevitable. You may still experience anxiety, even panic, but the intensity and frequency of your symptoms will diminish over time.

This is all hard to swallow for an anxious person because in their eyes the symptoms is all there is, the only ‘real’ problem. But this, of course, is false. Anxiety symptoms are the first and most difficult hurdle to get over, but by no means is it the only one.

The truth is that anxiety symptoms are just an expression of something bigger. What that bigger issue is will vary from person to person; could be genetic, could be overwhelming stress, or whatever, but it all amounts to a horrendously loud call to action.

Abnormal anxiety and all the physical and mental turmoil it produces is not a sign of impending death or insanity. It is a sign that you need to take care of yourself.

It means you need to manage stress better, sort out your emotional baggage, or deal with something that has been festering. But you can do none of that until you lose your fear of physical symptoms. If you learn how to do that well, then maybe you got a shot at getting better.