Experiences from a Group of Smokers Trying to Quit 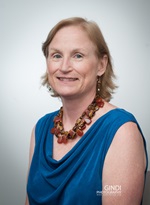 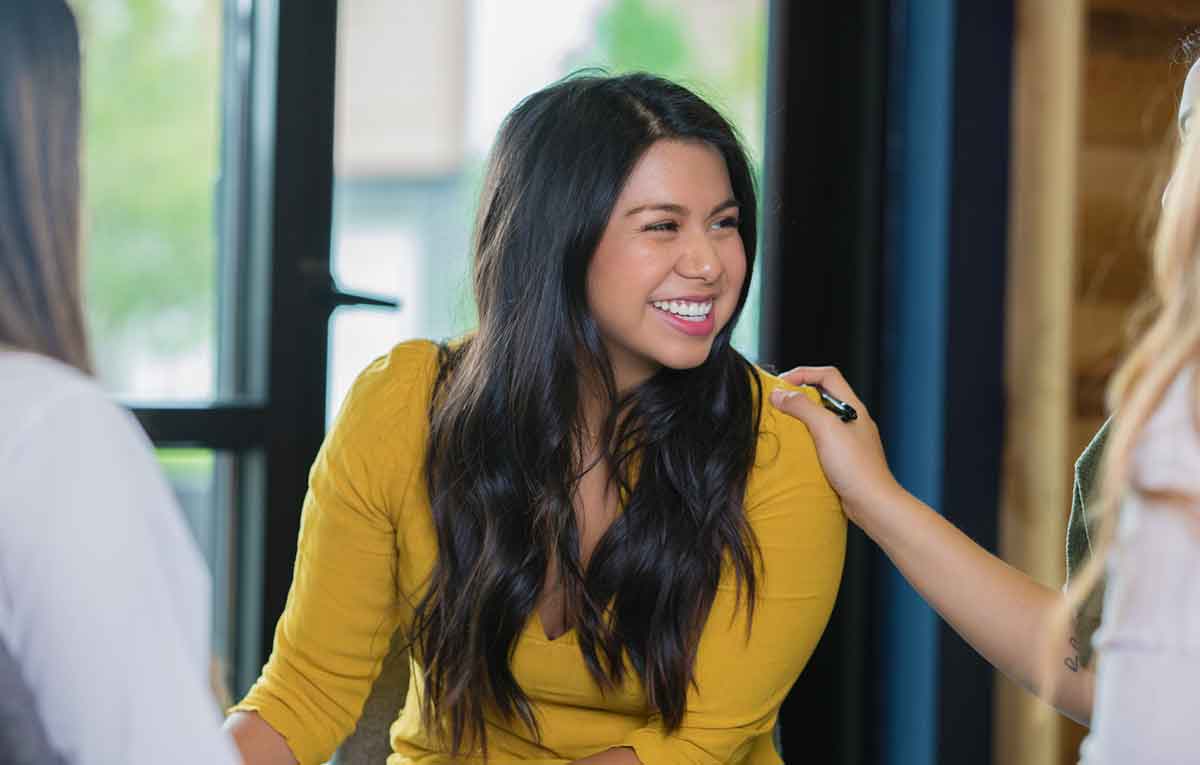 On a cold night in February a small but diverse group of strangers attended a workshop at the Center for Optimal Living entitled “Catching Your Breath.”  Designed to explore the participants’ relationships with nicotine and cigarettes, the workshop included a smorgasbord of harm reduction psychotherapy practices relevant to this goal.  These included examination of the members’ ambivalence, identification of contexts and triggers, and articulation of the various meanings that smoking held for the participants.  Cognitive behavioral techniques, mindfulness meditation, and hypnosis were also introduced to help the smokers think about and track both their urges to smoke and their goals.  What emerged from this harm reduction twist on the old idea of a “smoking cessation” group proved to be a surprisingly profound experience that was life-changing for many of the participants.  As the group leader, I was honored and moved to be a part of their process of change, and found myself changed as well.

Not surprisingly, the atmosphere in the room was initially tense as the participants prepared to discuss what had become a shameful and stigmatized behavior.  To lighten the mood, I asked them to introduce themselves and to tell the group about their favorite activities.  Before long, there was a lively discussion about shared passions.  “Estelle”, the final member in the circle to speak, drew laughter and applause when she said that her favorite activity was smoking.  The light hearted conversation, which appeared to create a sense of mutual acceptance and safety, was followed by open discussion between the members about the joys of smoking.  The conversation then became more serious, and moved to expressions of anger about restrictions imposed on their smoking and the judgments made about their character because of their habit.  They shared their annoyance at being nagged by well-intentioned friends who reminded them that they were killing themselves.  They expressed hateful envy towards people who can “just quit.”  They railed against TV ads that show people dying from causes related to smoking.  They also expressed anger at themselves for their dependence on a substance that entailed the indignities of hiding, lying, and the humiliation of having to “bum” from strangers.  By the end of this workshop, all participants had decided that they wanted to become non-smokers.  I believe that this common goal arose from the attunement of the members to each others’ struggles with the agonies and ecstasies of their habit.

Most of the participants in this meeting went on to meet weekly to continue to explore how they might reduce or stop their smoking.  We initially spoke about the functions and triggers of smoking.  Group members were excited to find that they had common uses for smoking, in particular, as a reward after a hard day or a job well done, a ritual accompanying certain activities, or for stress relief.  Deeper thought revealed that for some, the period of time marked by the beginning and the end of the cigarette was one in which they could take an inviolable space for themselves.  We speculated about the role of the cigarette in these moments, and arrived at the conclusion that the cigarette seemed to soothe the smoker in a way that no other experience could.  Cigarettes were constant friends who gave much and asked for nothing.  Most of the members had never considered why they smoked – in fact, one never knew he enjoyed it.  Now that these experiences were articulated, the topic of how to develop new “friends” became open.  Several members also made the important discovery that they made little room in their lives and relationships for their own needs and self-care.

The theme of shame and how it is internally and externally imposed on smokers was a prominent part of our discussions. The group members talked about living through the gradual increase in legal limitations imposed on them, and the conversion of smoking from a “bad habit” to a legal and moral issue.  They told stories about being publicly accused by strangers of poisoning the people around them.  They shared how they concealed their smoking during work breaks by hiding out in back alleys near dumpsters.  They talked of developing elaborate secret cleansing rituals to hide the smell of smoke in their hair and clothing to avoid offending anyone or being found out.  They were afraid to date because they were sure they would be rejected when they divulged their habit.  The public view had become internalized in these people, and made them question their worth.  As one participant said, “I just feel stupid.”  Another said that the stigma made her want to smoke.

One by one, the group members began to experiment with quitting, finding the way that felt right to each individual.  The first to succeed was a woman who was able to quit by gradually cutting down her intake over the course of weeks.  She used the group support to see her through a visit by friends from her homeland who smoked, and then left us.  Another woman fell in love and vowed to quit so she could feel as attractive to her lover as possible.  One man attempted to quit several times, and shared his demoralization with the group.  He was encouraged to explore the reasons why each attempt went awry, and to take the perspective that each attempt was a way to gather information about how and what he needed to do to quit.  Four weeks after his last cigarette, he felt secure enough in his new lifestyle to leave the group.  Another man used nicotine patches and other medication to quit, and we witnessed his gradual loss of desire to smoke and his attainment of three weeks smoke-free.  When he came to group angry at himself for having relapsed one day due to his extreme frustration with his work situation, we helped him to regard the slip as a teachable moment.  We came to realize that he felt safer expressing and justifying his anger by directing it towards himself than in any other way, in particular, by undermining his pride at his achievement.  We also reassured him by pointing out how miserable he was because of the cigarette, and that he would be able to reflect back on this moment if he wished to smoke again.  His resolve became stronger.  As the weeks went on, others found their paths.

Estelle, who had so exuberantly professed her love of smoking during our first meeting, had a profound revelation shortly before the group terminated.  She stated “smoking just isn’t that interesting to me anymore.  I think that when I am ashamed about something, it makes me more attached to it.  It made me want to smoke.”  After the group ended, I made my own sense of her statement.  I posited that the emotion of shame permeates one’s self-definition, and that shameful habits can become recursive in nature.  That is, once you engage in an enjoyable behavior that brings shame, you become a shameful person who feels that she is deserving of alienation.  If that is true and the behavior has an addictive element to boot, then why stop?  My other thought, which I believe is true, is that shame precludes thinking about the shameful behavior.  Why choose to think about anything that reminds you of the painful fact that you committed a shameful act?  In the case of this group of smokers, I believe that the acceptance that grew between these people and the sharing of their experiences cleared the cloud of shame, at least to the extent that the members could think more clearly about themselves.  Once that happened, they could start to act in the best interests of their physical and emotional well-being.

Although the mental health community has a long history of involvement with smoking cessation interventions, most of the work has involved tried and true methods for controlling or extinguishing unwanted behaviors such as hypnosis, support groups and cognitive behavioral interventions.

Is a harm reduction perspective an asset to the treatment of smokers?  The answer lies in the tenets and philosophy of Integrative Harm Reduction Therapy.  The IHRT approach holds that collaboration with our patients leads to discovery of how best to live vis-à-vis their substances of choice.  We do not start with the assumption that abstinence is the goal, but respect each patient’s choice while guiding them to more safe use of their substances.  In this partnership, we emphasize the exploration of the meanings that substances have for each individual, especially the ambivalent feelings that come with the process of thinking about change.  We offer a safe place for our patients to talk about their negative and positive feelings about their substances without fear of condemnation.  We find that most patients carry a tremendous burden of self-condemnation because of their use that is fostered by stigma, and that has sometimes been reinforced by other treatments.  When we welcome a full exploration of the meanings of their use, our patients’ self-definitions expand beyond the identity of “addict,” and they begin to see themselves as people living within unique biopsychosocial contexts who have reasons for using their substances.  To this end, we do not compete with other approaches, rather, we embrace any approach that might help our patients achieve their desired outcome within an implicitly healing relationship with their therapists.  Based on my experience leading the “Catching Your Breath” workshop, I’m optimistic that a Harm Reduction strategy has the same potential to help patients struggling with nicotine addiction as it does with other substances of misuse.

Johanna Tiemann, PhD, is a clinical psychologist, psychoanalyst, and hypnotherapist. She has a private practice in Manhattan. Her special areas of study and practice are trauma and addictions, especially smoking. For more information, contact via email [email protected] or call 212-662-0152.

The Effects of Screens on Kids and How to Set Limits