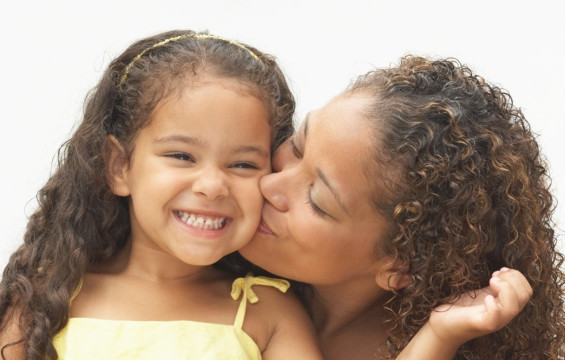 Does the caretaker do mother’s jobs without taking her place? Does she or he build and use the relationship with the child in such a way as to help mother and child maintain their vital link? These are the hardest parts of being a good substitute – to be at one’s best by accepting oneself as second best.

A good child therapist keeps in mind, feels with and deals with, three facets: the child, the mother and the mother-child relationship. This applies even more to being a good mother-substitute, especially with a young child.

The caretaker’s helpful attitude shows itself in so many ways. The caretaker understands and supports the child’s feeling and thinking about the mother during the latter’s absence and reminds the child when she seems to have shut the mother out from her mind or seems in danger of forgetting about her. The caretaker accepts the child’s complaints when the caretaker does not come up to par and does not do as well as mother. When the caretaker does things that seem to the child more fun than what mother does, she reminds the child that Mom wanted her to have that fun while she was gone and that they will tell her about it so that she can share it too. When the child welcomes mother on her return, the good caretaker accepts being dismissed. When the child teases mother on her return, keeps her waiting and wants to do one more thing with the caretaker, she tells mother and child that she missed Mom a lot and wants to give her a taste of how hard it is to wait for someone we love. What really matters more than the extra game with the caretaker is time to be with Mom now.

It is a difficult task to be a good caretaker, especially when the mother is vary far from perfect and when the child is very loving toward the sitter. It is hard then to remember that the child’s ability to be so kind with the caretaker stems from the relationship with this very imperfect mother. Without that the child could not relate to a substitute at all.

A substitute cannot help mother and child to maintain their relationship when she does not have a relationship with each of them herself, is not meaningfully in touch with them, when she does not know the mother, does not consider the maternal needs of the mother or when she cannot adequately relate with the child. Perhaps she has too many children to look after or she is only focused upon satisfying bodily needs.

A substitute also cannot fulfill the mother’s true task when she views herself as the mother, be it in the sense of being the child’s second mother or even of being the primary mother. This happens in daycare when considering itself the “home away from home” or sometimes believing that it is the child’s primary home because so much of the day is spent there. It happens even more frequently when the mother-substitute is a family member (such as a grandparent who regularly shares in the child’s care),  a resident caretaker in the home, a nanny or housekeeper.

Caretakers who take over as mothers usually invest themselves very intensely in the child, and feel very close and loving, but they may leave out the mother and the child’s relationship with her or compete with the mother for the child.  They may deal with the child their own way and may even feel they do a better job. They may not keep the mother in close touch with what they do and with what the child experiences while she is with them. They may not readily follow her directions and wishes, and may not support the child’s feeling and thinking for mother during her absence; they may welcome the child’s apparent lack of response to being away from mother.

When the child states a preference for being with the caretaker they may view it as a good sign of the child’s fondness for them rather than as a danger signal of the child’s difficulty with loyalty, struggles in dealing with anger at mother and challenges in maintaining the child’s vital relationship with mother.  Double-mothering is very different from substitute-mothering and poses its own special threats to the primary mother-child relationship.

What is a Toddler?