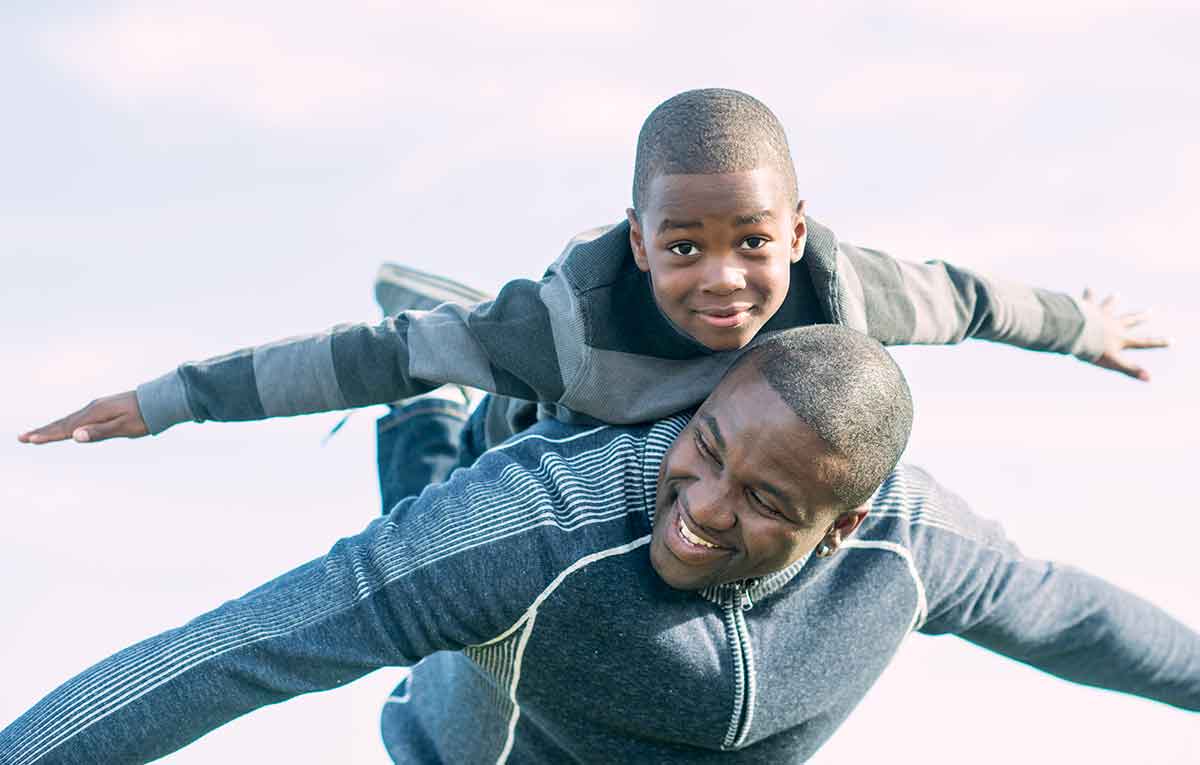 In focusing on the father’s relationship with his school-aged children, from six until puberty, one may understand his role in helping their developmental tasks without having to distinguish between his relationships with his daughters and sons. Initially the school-aged child integrates into her or his personality new conscience and character attributes, which are the outcomes of the transition from being a preschool child to being a true school-aged child. These new aspects of the child seem somewhat strange and foreign at first, the conscience almost sounding like the voice of someone else telling the child what is right and wrong and how not to do the wrong.

It takes a while before the conscience is truly hers or his and assists the child’s development by having the child know when something is unfair, immoral or unjust. Then there is just no issue about doing or not doing it; since it is wrong, it will not be done. It takes a while also before this conscience is not only fully integrated as the child’s own, but has become so solidified as a part of the child, so that it will be immune to almost any stressors or temptations until achievement of full autonomy. Until these maturations have taken place, the conscience will seem like a foreign body, but as such will be available for modification. The initial conscience is somewhat crude and harsh, like a caricature of the parents when angry as seen by a young child.

As latency unfolds, the child will see that when her or his parents get angry, they are not angry at her or him in the same way as the child’s conscience. With the help of these experiences the harsh voice of the conscience will change and will come to be more in conformity with the gentler real voice of the parents.

Typically, a child eventually understands that earlier impressions of the father as only intermittently kindhearted might have been incorrect, and the reality of the father’s actual consistently available kindness can buttress identification with this aspect of him. Some fathers can even discuss with their children aspects of their behavior that they hope the children will not have to copy. The father who is realistically and consistently emotionally available does much by his simple presence to enable the child to mature and integrate both conscience and personality attributes.

School is another developmental task for the child of this age period and, here again, father can be of great assistance. By his interest and attitude to school and schoolwork, he tells his children so much about his attitude to work, of his aspirations and hopes for them. Not only can his attitude assuage the children’s apprehensions about competition with their father, he also supports the maturation of the character attributes of perseverance and responsibility.

All through this period, extremely important is a father’s protection of his children, both daughters and sons.  Protection is not confined to acts associated with illness or keeping them safe from danger, but also includes protection from demands that are too much or are not age-appropriate, as well as demands that are not strong enough.

Age-appropriate expectations are easy to request but so hard to assess at any particular point  in life. Such things as allowance and job management, and responsibilities at home, can often most helpfully be a part of the father’s relationship with his school-aged children. How father does jobs around the home certainly sets an example for them but, equally important, he can make sure they have age-appropriate expectations before them, which he supports and assists. There are fathers whose expectations exceed what is appropriate and there are fathers who have too little expectations of their children, in this way subtly telling them not to compete with him or implying that their efforts are not worth being expended.

In addition to advocating for the new steps in personality maturation, and supporting school and work, the father keeps his long-standing role in introducing the aspects of the outside world that particularly appeal to and interest him. He has the chance to share his own special and enriching interests, shared in a way that can show his children how to enjoy and value play and work. Mother also shows these traits at home, but how much more meaningful when repeatedly reinforced and strengthened by father.