Mapping and Mastery of the Inner World: An Innovative Guide to Self-Empowerment 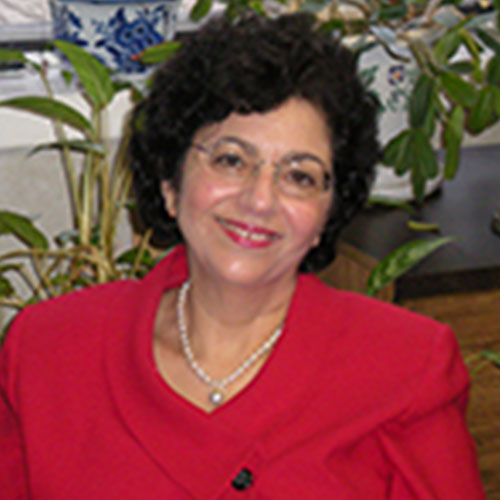 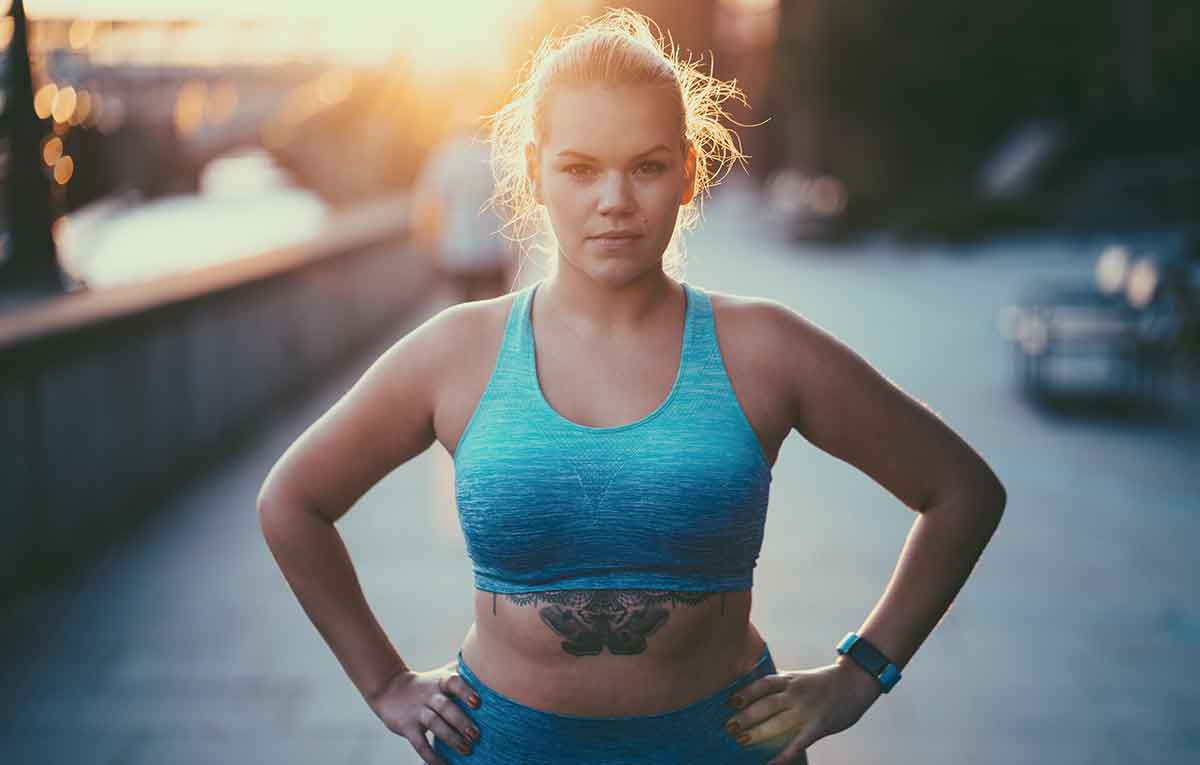 Previously, I described that our psyches shift from being boundary-less like play dough, which merges and gets lost when it is combined with any other soft substance, to hardheaded like a baseball, which protects itself by creating an inflexible and uncompromising tough exterior, to being as flexible and resilient as a squish ball, which can bend with stress and pressure without losing its core characteristics. In addition, equally opposing needs govern much of our intimate behavior: the need to belong and be loved versus the need to remain separate and protect our identities. The ideal state of mind is best represented by the squish ball, which is flexible, but still able to retain its core characteristics.

Now I’d like to begin describing my innovative method of strengthening the boundaries of our psyches, so that we are more emotionally flexible and able to protect ourselves, without resorting to hard inflexible boundaries.

We live in two worlds: the world outside of us, and the world in our heads. Just as a rock thrown in water produces circular, outwardly bound rippling effects, we generate activity in the outside world and the external world triggers all sorts of reactions within each of us. While the outer world is easier for us to master, our unobservable and intangible inner world is harder to explore and navigate. And yet, to be as cohesive and flexible as the squish ball, we must explore, navigate, and gain mastery of both our inner and outer worlds.

The inner world operates similarly to a play. All plays have a Director, whose job it is to guide each of the actors to play their roles with feeling and competence. Similarly, our inner world drama consists of a Director and a series of parts. In both plays and our psyches, all the actors or parts are not on “stage” during every scene. Thus, one, two, or more parts may be leading the scene/self at any point in time.  The primary difference between an excellent play and the inner world drama is the strength and competence of the Director. In a play, there is no question as to the Director’s control. In contrast, the Director’s leadership is often absent within inner world dramas.

Riley’s self, in the movie Inside Out, depicts this concept beautifully.  This tween is ruled by her emotional parts, with the leader of the self being Joy. Joy is constantly squashing Sad, whenever the latter tries to emerge. There is a continual tug of war between the two emotions while there is no inner Director who can deal with and integrate all of Riley’s parts.

But who are our inner parts or characters? As we see in Riley, the self has many emotional parts. Each person starts out with raw emotional parts, like joy, sadness, anger, and fear. As children grow older, they learn that some of their emotions may not be safe to express overtly, and the emotions become covert and are replaced with additional parts. For example, Riley’s parents communicated the message that she should be happy, and thus, in her efforts to please her parents, Joy became the dominant character of the self.

Just as plays vary in the number of actors within a production (from one to many), people differ in the number of emotional parts they possess (from few to many). Thus, some people we meet are very steady in their display of emotions, while others shift from mood to mood easily and quickly. The number and intensity of emotional parts varies from person to person, and is somewhat dependent on our unique biochemical make up and our unique upbringing.

We always chuckle while observing young children mimic the words and behaviors of parents, and other family members. But these early imitations lay the groundwork for two other central parts of our personalities: the critical judge and the loving nurturer. Our critical judge is an energy that is directed inwards and outwards and has some excellent features: it sets standards and strives for excellence. Sometimes, however, it gets out of control and becomes abusive to our self or others. In fact, most inner critics that I meet are especially hard on themselves and their closest family members.

Ten-year-old Noah came home with an end-of-the-year report card that was filled with As and had one B. He proudly showed the card to his parents. Noah’s Dad said: “Nice. Why’d you get that B? What did you do wrong?” Noah left that conversation feeling disappointed in himself. Meet Dad’s perfectionist critical judge. Unless it’s perfect, the performance is just not good enough. Chances are high that Noah will either grow up to be very hard on himself, or he will quit trying in an act of rebellion.

Sara was unhappy in her job. Friends kept encouraging her to seek other employment. Each time they suggested a different position, she’d doubt herself and her abilities. Before long, she’d convinced herself that no one would want to hire her, and she stopped herself from even submitting an application. Meet Sara’s self-doubting inner critical judge.

If you’ve ever met someone who is a controller, you have encountered a controller critic. Things must be done in the way this controller dictates or else the critic lashes out in anger. I assure you, however, that this controller is far more demanding of him or herself than of others. In this person, the star of the play is the controller critic, and he or she is in charge of the person more than any of the other characters.  There are other types of inner critics, which I will describe in future articles.

Our ability to nurture is also learned in early childhood. Again, our nurturer is an energy that can be directed internally and externally and has some excellent features: it provides love, acceptance, validation and emotional support. Often, most people are better at nurturing those around them than themselves. Or, sometimes they excessively nurture themselves and their family members. Each time Sammy wanted anything, he was indulged without limits. He came to expect that he was entitled to anything and everything he desired, without any thought or care about his impact upon others.  Sammy’s parents were bewildered as to why Sammy had no friends. As Ethics of Our Fathers teaches, moderation is best in all things. It holds even when it comes to the nurturer and the critical judge.

With maturity, we develop one last character, the director. This part incorporates the best qualities of the critic and the nurturer, and assumes leadership of the self. The director listens with empathy internally to the parts of the self and externally to others, offering curiosity and acceptance, even as it asks questions about standards and efficacy.

I’ll conclude by offering a summary of an example of my model at work. Self-doubting Sara comes into my office describing how she kept herself from applying to a better position. I asked her to imagine that we are sitting in the front of an auditorium. The stage in front is split in half, with one side representing the outer world, and the other half the inner world. Sara is asked to visualize in the outer world stage the most recent time she leaned about a new position, her excitement about the new possibility and then her procrastination from actually completing the application. I then instructed her to shift her gaze to the other side of the stage, and to tell me what she saw. Much to her surprise, she “saw” a severe looking authoritarian version of herself telling herself: “What makes you think they will want to hire you? You don’t have the qualifications they require!” I asked the Sara sitting to my side what she thought of this authoritarian self.  To my astonishment, Sara replied that she thought the severe woman was correct in her judgment.  Obviously, Sara’s critical judge was totally in charge of herself. When I asked Sara what she would think if the woman on stage was her best friend, she replied that the severe authoritarian woman was clearly mean and unhelpful. This allowed Sara to view the inner critical part with a new perspective. Sara was asked to pretend that she was the director of the show, and was coached to ask the authoritarian critic why she tried to undermine Sara. Amazingly, this critic stated that she only wanted to protect Sara. After all, if she didn’t apply for the job, she wouldn’t be hurt or disappointed by any rejection. The director was instructed to ask the critic if she thought this strategy was successful in keeping Sara from being hurt. In this case, the critic acknowledged that the strategy was ineffective, and that Sara was continually hurt from remaining stuck in an unsatisfying job. In summary, Sara’s director was coached in the best way to speak to her inner critic, so that the critic would be able to see that she was harmful. Once the critic could acknowledge her failure, the director was in a better position to encourage Sara to cease her self-sabotaging activities, and to help her take the positive steps necessary to apply for the new position.

I hope to provide more examples of healthy director “selfie-conversations” in future articles.

Dr. Tamara Sofair-Fisch is a NJ licensed Psychologist with practices in West Orange (973) 669-3333 and Lawrenceville, NJ (609) 883-2577. In addition to helping numerous individuals and couples, she teaches and trains licensed therapists in her unique approach: Mapping and Mastery of the Inner World. Contact her at [email protected]

Taking Ownership of Your Mental Health